Acorn's shock announcement last September caused the Wakefield Group's Committee to ponder the viability of organising another major show. The outlook, as far as the RISC-OS platform was concerned was bleak indeed.

As months went by, dealers and developers worked hard to save the future of our platform, and soon there was enough optimism to convince us that a show was worthwhile – and if we were going to do it for one day – we may as well do two!

There was “light at the end of the tunnel”.

As the show dates approached, that light became brighter with each passing day, until we can now see it to be nothing less than a Super-Trouper!

This year’s show was undoubtedly far more optimistic than we could have hoped for a few short months ago.

My own observations were limited to say the least, being locked-up in the Show Theatre for most of the duration. However, my brief whizz round the stands resulted in my bank-balance being debited by around £200! (RISC OS 4 upgrade, Messenger Pro, and bargain of the show – IMHO – the DrawWorks Millennium CD).

The presentations in the theatre were varied and thought-provoking.

Paul Middleton and Andrew Rawnsley gave a packed audience a potted history of the break-up of Acorn, and how RISCOS Ltd came to acquire the source-code to RISC OS, and the rights to develop and distribute upgrades. It was interesting to hear that at the time of Acorn's announcement that RISC OS 4 would be released in January, there wasn't any hope of it working in it's present state on non-Phoebe machines!

We were told of RO4”s exciting new features, as well as how existing features had been enhanced and improved (a short visit to their stand quickly convinced me of the improvements). Add the bundled extras into the equation, and I'm sure that when it arrives in July, I'll be a happy woman!

Nick and Simon, of Cerilica Ltd, gave an impressive demonstration of the abilities of their pending Vantage design and publishing package (yes, Simon, I could see the legs on the marching ants!). Without doubt, this will be the standard with which all other art/design applications will be compared. Stunning attention has been paid to the way that documents will be printed - from providing a system for calibrating your monitor, to a way of defining inks (and, very importantly, viewing accurate representations of them). Layers (well, “families”) are extremely well implemented, and objects can be moved, recoloured and otherwise manipulated with a drag 'n' drop paradigm that is unmatched by any other application.

Marshal Anderson’s talk, “Education and the Internet”;, subtitled “What it's really about?”, was an education in itself. At times amusing, while at others, some of the points raised caused the audience to think about the role IT/Internet usage does have in the education of tomorrow's citizens. It's nice to know how much taxpayer's money is being spent re-inventing the wheel!

Is it pronounced “linnux” or “lienux”? The definitive answer, it would seem, after hearing a sound sample of Linus Torvold himself speaking it's name, is “linnux”.

Having cleared-up that confusion, Melanie Rhianna Lewis continued to give a brief introduction to the world of ARMlinux. It would seem that interest in this operating system is growing fast - the sample CDs that Melanie had with her sold-out halfway through the first day!

As to whether ARMLinux is a viable alternative to RISC OS, it would seem the answer is – “It depends what you're using it for”!. ARMLinux does not at this time have a friendly, graphical user-interface. However, for the brave, it is a very powerful OS, and apparently very good as a server – as Melanie herself uses it.

Mike Cook – need I say more? ...probably not, but I will anyway!

As always, Mike gave a fascinating talk, this time concerning “The NASA files”. When I was small, I was determined to be the first British woman astronaut. Sadly, Helen Sharman beat me on that one, so I'll have to settle for a copy of Mike's sampler CD.

Mike has compiled some of the more interesting data that is available from NASA, and created a set of programs that allow raw data (as received directly from various spacecraft/satellites etc.) to be viewed in an understandable form. This is not to be regarded as a pre-digested, ready-to-view bit of entertainment, but as a method of exploring the vast amount of data that is available from NASA.

Compile your own map of Mars, view the cosmos in infra-red, create a movie of weather systems on earth, and ... just what is that big red spot? 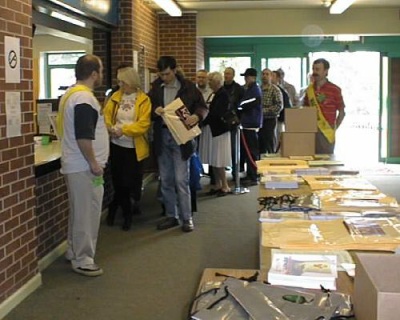 Off to a flying start – the queues formed early 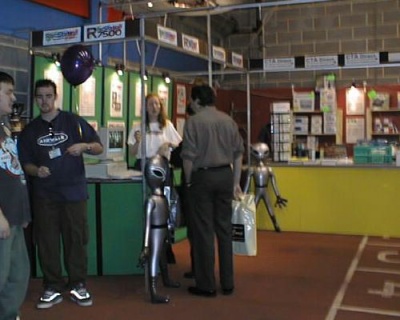 Good Grief! – They’re even bussing them in from Roswell! 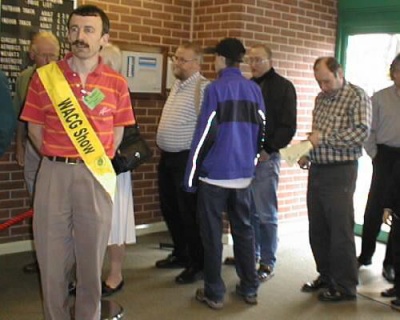 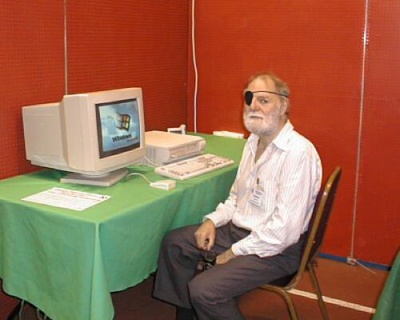 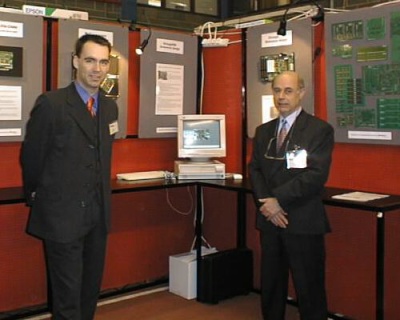 March, the tailors dress you well... 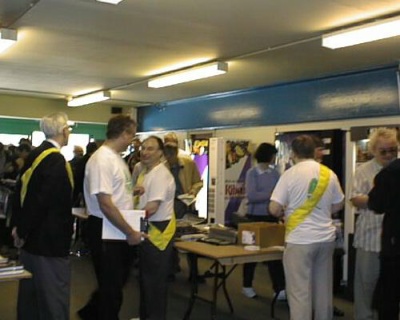 So that’s where all the helpers disappeared to! 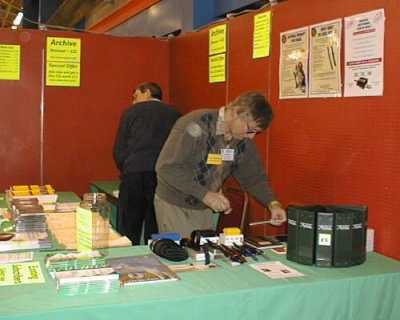 What is he doing in that corner? 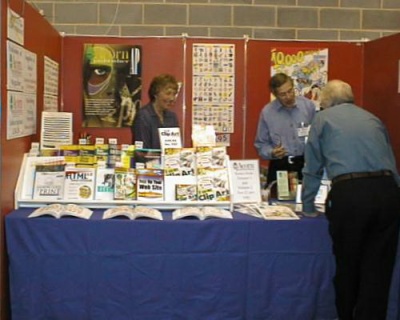 “No, I’m sorry sir, all our magazines are over the counter ones...”